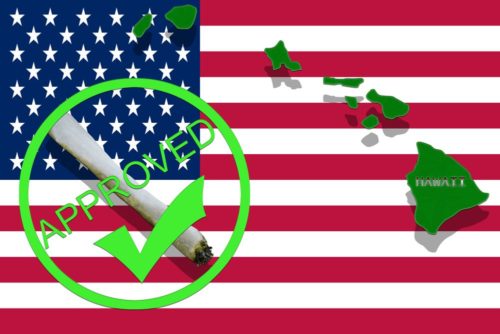 HOW AND WHERE TO BUY LEGAL WEED IN HAWAII

If you aren’t a patient, weed is classified as a misdemeanor penalty. If you’ve got less than one ounce of weed, there is a maximum of $1000 fine and 30 days in jail possible incarceration.

Where to Buy Weed

As of January 2016 in Hawaii, there are no opened medical cannabis dispensaries. Dispensaries were approved to open in July 2015 and will start opening late summer 2016, once the state approves them.

Requirements needed to buy Weed in a Dispensary

You cannot get your medical cannabis card if you aren’t a Hawaii resident.

Types of Weed that will be sold in the Dispensaries

You’ll see many different flower strains that are categorized by their strains ranging from strong Sativas to strong Indicas and everything in between. Every strain has its own distinct effect, so ensure to ask the budtender to assist in choosing the best cannabis for you. Strong Sativas strains are well known for their energizing, high head effects, and general uplifting while Indicas are well known for their sedative effects and full body highs.

Also, dispensaries will sell other various types of weed products, such as:

The law says that medical weed dispensaries won’t be allowed to sell waxes and dabs, processed typically with butane.

The Price When Dispensaries Open

The price of weed depends on quality and strain, but you can expect cannabis prices to be within the range of $10 to $30 per gram. As at January 2016, there are no medical cannabis dispensaries. Patients may grow up to 7 live cannabis plants. When the dispensaries are opened, patients will be permitted to buy 4 ounces every 15 days and up to 8 ounces every 30 days.