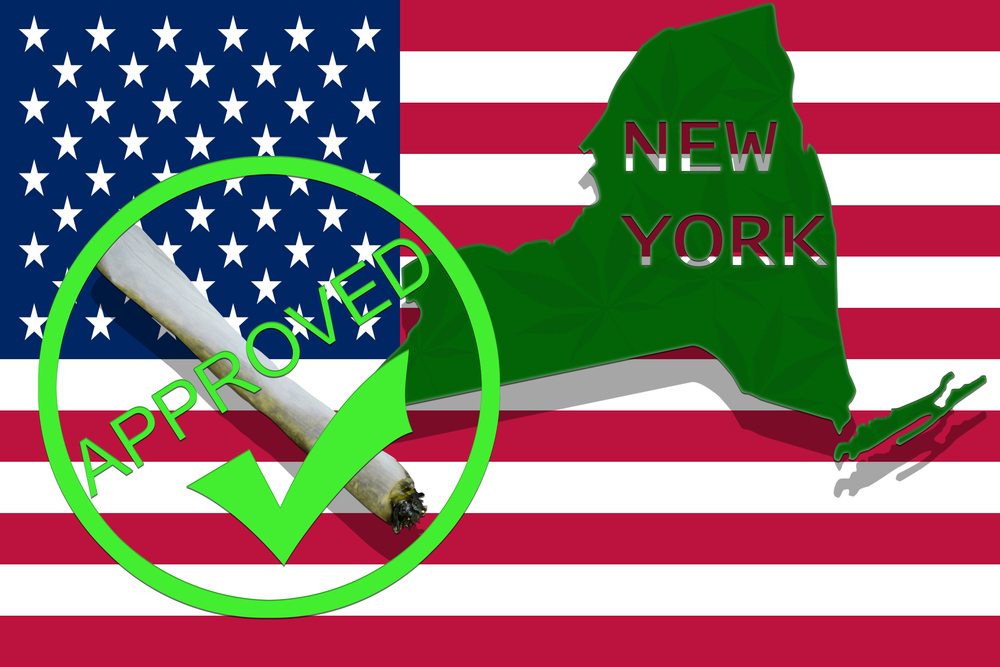 HOW AND WHERE TO BUY CANNABIS IN NEW YORK

New York has joined the list of states that offer the possibility of buying marijuana for medical purposes.

It is the 23rd state in the nation to authorize this step, entering New York in the largest city in the country, which has a place of its own cultivation. Although the New York State Assembly adopted the legislative text 18 months ago, the five companies chosen to grow marijuana and sell it for therapeutic use were recently designated at the end of July.

Legal ‘weed’ already exists in Denver (Colorado, downtown) or San Francisco (California, west). “We estimate that we could be the best team of horticulturists, scientists, and pharmacists if we installed our plant in New York,” they explained to AFP from Bloomfield, which employs about a hundred people.

Only persons affected by serious diseases such as cancer, Parkinson’s disease, multiple sclerosis or certain forms of epilepsy are able to access cannabis. The product offered will not be “weed” for smoking, but pills, oils or drops.

Bloomfield Industries is the only company that decided to install its 23,000 square meter plant in the Big Apple itself, in an industrial zone under a highway in Queens (northeast of the city). Other companies opened their plants in less expensive places and especially less exposed, in the north of this state that reaches the border with Canada.

According to Nicholas Vita, CEO of Columbia Care, another of the chosen companies, between 0.5 and 1.5% of the population of the state of New York; that is between 100,000 and 300,000 people could be authorized to buy this cannabis for medical purposes.

None of the three companies contacted by AFP offered their rates, but a source close to the case said it would cost at least $ 200 per patient each month. This amount must be paid in full by the patient, as no US medical insurance takes over the cost of this treatment. Nicholas Vita said that patients who do not have enough resources would receive discounts. Twenty years after California became the pioneer of the legalization of cannabis for therapeutic purposes in the country, there are already 23 states and the capital Washington that have boarded the train.

Cannabis or its by-products are not controlled by the US Food and Drug Administration (FDA), and scientific studies are lacking.

According to a survey conducted in May last year by the Harris Institute, 81% of Americans declare themselves in favor of legalizing marijuana for medical purposes.

According to the law in New York, to qualify for medical marijuana, you must have one of the following conditions:

Damage to the nervous tissue of the spine

Cachexia (certain conditions associated with it)

Bloomfield Industries: will manufacture the drug in Queens County. It will have clinics in the counties of Nassau, New York, Onondaga, and Erie.

Columbia Care: will manufacture the drug in Monroe County. Your dispensaries will be in the counties of New York, Suffolk, Clinton, and Monroe.

Vireo Health: production will take place in Fulton County. It will have dispensaries in the counties of Broome, Albany, Westchester, and Queens.

Etain: will produce in Warren County. Your marijuana dispensaries will be in Albany, Ulster, Westchester, and Onondaga counties.

PharmaCann: will manufacture the drug in Orange County. It will have dispensaries in the counties of Erie, Onondaga, Albany and The Bronx.