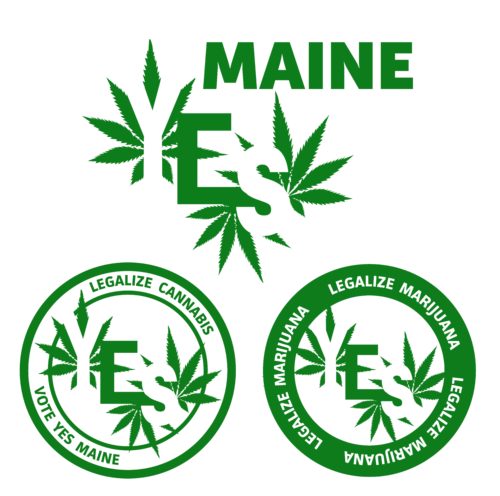 HOW AND WHERE TO BUY CANNABIS IN MAINE

Recreational marijuana finally hit the East Coast last November, when voters in Maine and Massachusetts passed ballot measures legalizing marijuana. In Maine, however, legalization was a rocky road. Although recreational use became legal on January 30, 2017, knowing how to buy legal cannabis in Maine is still a bit of a challenge. This simple guide explains how to purchase legal weed in Maine.

About Recreational Marijuana Laws in Maine

The law legalizing recreational marijuana use in Maine took effect in January this year. Specifically, the law allows for individuals to possess up to 2.5 ounces of dried weed. That’s quite a bit more than most states, which limit individual possession to 1 ounce.

You can also carry up to 5 grams of hash oils, and other THC concentrates. Maine permits individuals to cultivate up to six mature (flowering) plants for personal use.

Like other marijuana-legal states, adults can gift cannabis to other of-age people up to the legal limit of 2.5 ounces or 5 grams of concentrate. As long as no money changes hands, you are in the clear.

But the one thing that makes buying legal weed in Maine a bit difficult is the fact that legal recreational sales will not begin until February 2018.

So if you want to buy legal weed in Maine as a recreational user, you will have to wait until then. There is, however, a way to purchase cannabis legally in Maine. You’ll just have to be a medical cannabis patient.

Before Leaving For Maine

So you can’t buy recreational marijuana in Maine until early next year. But in states where recreational use has been legalized, you can often find a doctor to issue a recommendation for medical cannabis.

As of 2014, any certified nurse practitioner, medical doctor or doctor of osteopathy can make a medical marijuana recommendation based on qualifying conditions. Do some research before leaving for Maine, and see if you might qualify.

There are more than 300 medical providers in Maine who can submit the documentation needed online. With this possibility of obtaining your recommendation online, it’s possible to become a medical marijuana patient before you even arrive in Maine.

Otherwise, bring along your medical documents when you travel to the state. They can help you obtain your recommendation when you’re there.

How to Buy Legal Weed in Maine Once You Arrive

Again, you will have to have a medical marijuana recommendation from a doctor to buy marijuana legally. You’ll need to bring appropriate authorizing documents from another state.

But you will also need a state ID from Maine. So if you are just planning a short trip to weed-legal Maine, you might not be able to purchase legal weed.

What to Expect At the Dispensary

As you might expect, Maine offers every kind of medical cannabis dispensary to suit a wide variety of care needs. If you have your medical marijuana card and are visiting a dispensary in Maine for the first time, you will find a plethora of strain choices and cannabis products, from flowers to tinctures and everything in between.